“He is with me”, Schumacher’s wife makes the rare confession: I never blamed God for what happened, it was just our bad luck – Outney.net

Michael Schumacher’s wife Corinna has revealed that the former F1 world champion is still struggling to recover from brain damage caused by a skiing accident.

Information on the health of the former Ferrari driver has been scarce since his accident in 2013, especially from his family and this is the first public statement about his condition since 2014.

“We all miss Michael, but Michael is here, different, but here,” says Corinna in the documentary “Schumacher,” which will be released on September 15.

“We are together. We live together at home. We do therapy. We do everything we can to make Michael better and make sure he is comfortable. And just to make him feel our family, our connection. And no matter what, I will do everything I can. We all will. We are trying to continue as a family, just as Michael liked it and still does. “And we are moving on with our lives.” 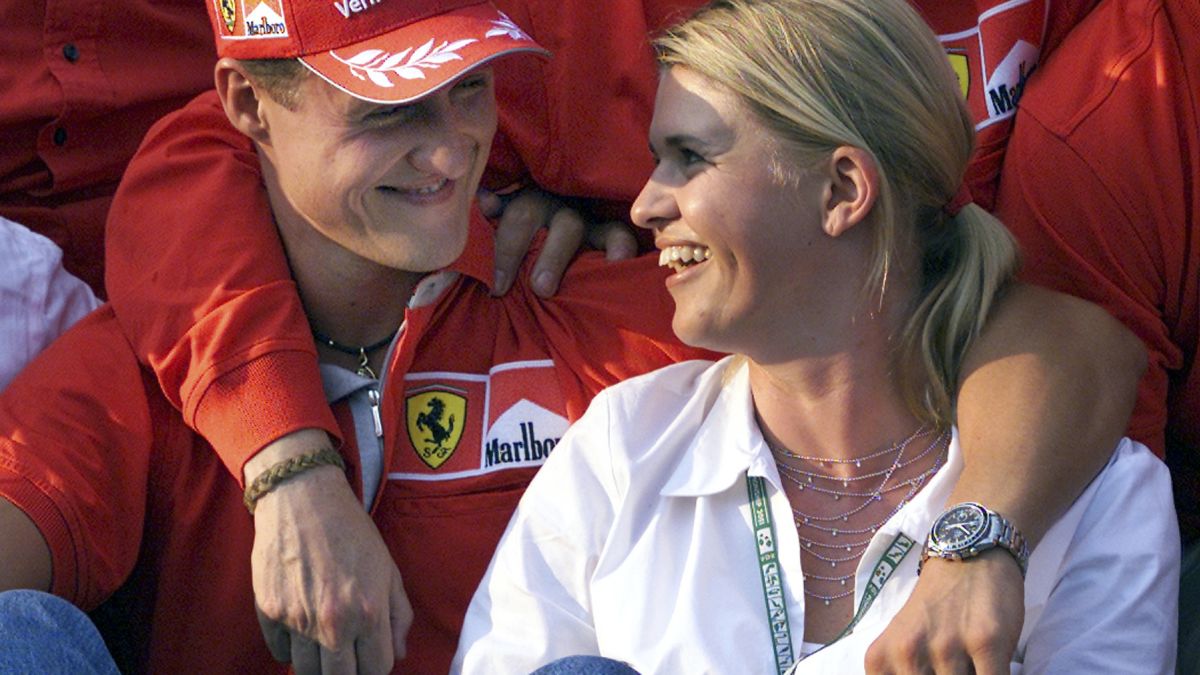 Schumacher is now 52 years old, while his son Mick, who was 14 years old and with him at the time of the accident now competes for Haas in F1. Corinna married Schumacher in 1995 and they also have a daughter, Gina, but have always been fierce defenders of their privacy. He has been recovering in private care at the family home on Lake Geneva in Switzerland.

Schumacher is still very much admired in the sport, but it is the accident that has had the greatest impact on those closest to him. “I miss Michael every day,” says Corinna. “But I’re not the only one missing. It’s the kids, the family, his dad, everyone around him. ”

Schumacher competed in 19 F1 seasons between 1991 and 2012, winning 91 races and suffering only one major injury, a broken leg following a crash at the British Grand Prix in 1999. “We always had his races safe. , ”Says Corinna in the film. “That’s why I was sure he had some guardian angels keeping an eye on him. I don’t know if it’s just some kind of firewall you put up yourself or if it’s because you’re kind of naive, but it just didn’t occur to me that something could happen to Michael.

“I never blamed God for what happened now. “It was just bad luck, all the bad luck one can ever have in one’s life,” she said.

Former French Health Minister left in the midst of the Covid-19 pandemic under investigation for crisis mismanagement - Outney.net