Over a centimeter of snowfall was measured in Lapland before 9 a.m. Tuesday morning, meeting the criteria required to be declared the ‘first snow’ of this winter.

“In the Hall, in the Värriötunturi Falls, we had an inch of snow in the morning. This means that the first recorded snow has officially arrived, “said the FMI meteorologist, Wanted Siiskonen .

Snowdrifts had covered the village of Näkkälä in Enontekiö, northwest of Lapland, on Monday, but because it fell after 10 a.m., they did not qualify it as the first snow of the winter season.

Siiskonen added that the first snowfall that occurs in September is not very common, nor is it unheard of.

“The snow does not fall every year at this time. However, it is not extraordinary, “he explained.

Snowfall in the region intensified during Tuesday morning and afternoon, and even spread further south as far as the city of Oulu.

The regional road traffic center estimated that between 5 and 10 centimeters of snow had fallen in some parts, but no serious road accidents were reported until Tuesday afternoon, despite the fact that many drivers were still moving with summer tires.

Road conditions are particularly dangerous around the Rovaniemi, Tornio and Oulu areas, the FMI added. 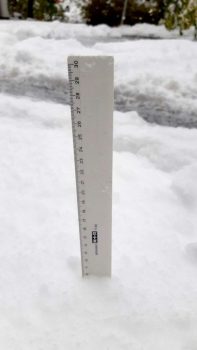 “He entered my apartment and offered me a sandwich”, the journalist tearfully recounts the nightmare of how she was chased by the 54-year-old, the maniac was only sentenced to probation – Outney.net – News24