Facebook user data may have been sold to hackers, here is the evidence – Outney.net

An alert has been issued globally as the personal data of billions of Facebook users appear to be available to hackers. This comes at a time when the tech giant along with its platforms, Instagram and WhatsApp fell all over the world. Reports that have come to light talk about the sale of data of 1.5 billion users in a well-known hacker forum, writes “The Mirror” quoting Miklos Zoltan.

Zoltan writes: “At the end of September 2021, a user of a well-known hacker forum posted an announcement claiming to possess the personal data of more than 1.5 billion Facebook users. The data is currently on sale on the relevant platform of the forum, with potential buyers having the opportunity to buy all the data immediately or in smaller quantities. “

The hacker allegedly possessed information that included data such as name, email address, location, gender, phone number and user ID. Meanwhile, Facebook and Instagram have reportedly been withdrawn from the Internet Naming System (DNS), while the domain names Facebook, Instagram and WhatsApp have been registered for sale. 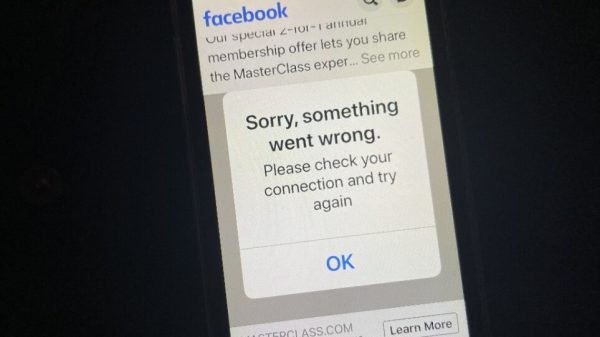 The EU confirms that Iran has responded to the final nuclear proposal – Outney.net – News24

Wounded by an Iran sympathizer, writer Salman Rushdie speaks out. How his condition is presented – Outney.net – News24

Analysis/ Attacks against Iranian clerics and the anger that emerges – Outney.net – News24

I am in a concrete kennel, they brought me because I unbuttoned my uniform – Outney.net – News24

Snowden: Facebook and Instagram went out, the world became a healthier place on a wonderful day - Outney.net