On Monday, the UN expert, along with local research group Public Works, visited residents and survivors in Mar Michael and Geitaoui, two of the worst-hit neighborhoods in the Beirut Port blast.

“It is certainly surprising that many public services are difficult to provide,” De Schutter said after visiting a family in Geitaoui.

Residents complained to De Schutter about the government’s lack of sustainable social protection programs, the unsustainable distribution of money from the military and mismanagement after the blast where dozens of NGOs and individual initiatives tried to help residents.

“An NGO given in my area said they could only fix the windows, even though what I needed were three doors to fix,” said one resident.

Moreover, many are concerned about their inability to pay rent and high utility costs, especially those who lost their businesses in the blast.

“We have zero trust in the government,” said one elderly resident.

More than 200 people were killed and 6,500 injured in the August 4, 2020 explosion at the port of Beirut, when a large stockpile of ammonium nitrate exploded, which had been stored unsafe in the port for years. The blast was one of the largest non-nuclear explosions ever recorded and devastated entire neighborhoods.

De Schutter landed in Beirut this weekend for a two-week assessment of how the Lebanese government has responded to the country’s critical economic crisis and the role international organizations have played in trying to alleviate poverty.

Under its emergency response plan for Lebanon next year, the UN needs $ 383 million to help 1.1 million people in need of food, education, health care, sanitation and child protection.

Meanwhile, most of the estimated one million Syrian refugees and hundreds of thousands of Palestinian refugees live in extreme poverty. At least two-thirds of Syrian refugees are skipping meals, as food prices have risen by about 628 percent.

The World Bank says Lebanon’s economic crisis is among the worst in the world since the mid-nineteenth century.

De Schutter this week will also visit the northern city of Tripoli and the Shatila Palestinian refugee camp and speak with local and national government authorities, residents and civil society groups. He will present his findings at a press conference scheduled for November 12th.

The Special Rapporteurs are independent experts appointed by the UN Human Rights Council. 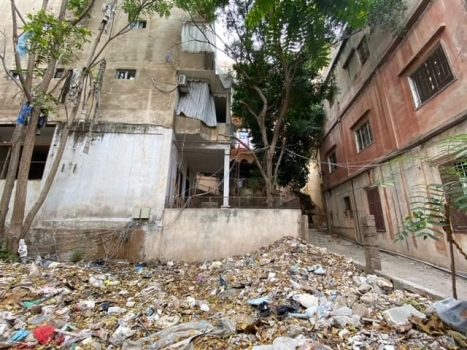 The luxury hotel in Istanbul bursts into flames, the authorities urgently intervene to evacuate the tourists in time – Outney.net – News24

: Brazil was training inside a cave, 9 firefighters lose their lives - Outney.net