With a photo of the current credentials of the new Lithuanian ambassador, Richard Ntegkoutis, Ankara categorically rejects the news about the health situation of President Erdogan.

The photos, which were published on the official account of the Turkish president, show Erdogan accepting the letter of accreditation of the Lithuanian ambassador and being photographed with him. 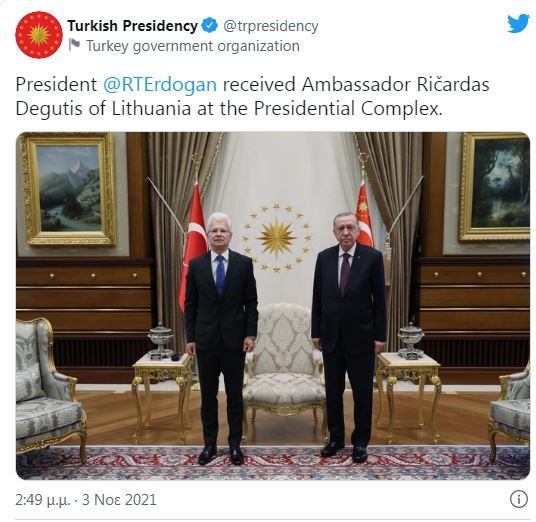 The General Directorate of Security announced today that 30 users have been found on social networks circulating false news about Recep Tayyip Erdogan’s health condition, prosecuting them.

The announcement of the General Directorate of Security reported that it was found that the hashtag #dead was being used referring to the president of the country.

“Under the above-mentioned hashtag, 30 people have been identified, who are judged to have spread misinformation and manipulative content, as well as content that insults, mocks, offends and insults our President Recep Tayyip Erdogan and have initiated the necessary legal proceedings” – it was written in reaction.

Sexual abuse charges / Prince Andrew expected to stand trial in US in 2022 - Outney.net