At least one person was killed and 10 others injured after a building collapsed in Pakistan’s port city of Karachi, rescue workers told media on Tuesday.

According to reports, a four-story building under construction collapsed in the area of ​​the city of Sarjani, and as a result, 11 people were trapped under its ruins and suffered injuries.

Police and rescue teams arrived at the scene and began the rescue operation using equipment to remove the debris, local media reported.

All trapped victims were found after the rescue operation and transferred to a hospital where a 27-year-old man succumbed to his injuries during treatment.

Most of the victims including the deceased were workers constructing the ill-fated building, according to local media. 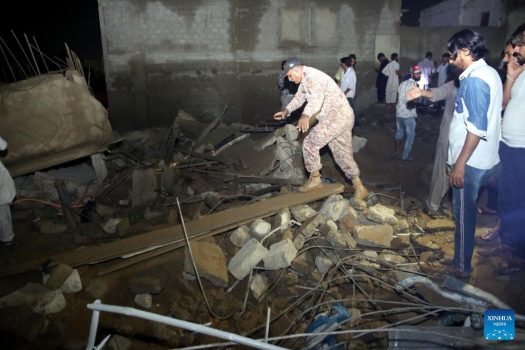 New York like Venice, hypothesis for a ‘Mose’ against flooding – Outney.net – News24

The UN reacts to the arrest of people protesting against the announcement of mobilization in Russia – Outney.net – News24

It has been "burning" from scorching temperatures for two weeks, today Paris "turns" into Venice (VIDEO) - Outney.net - News24